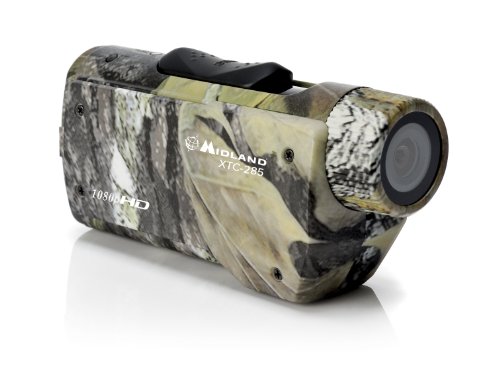 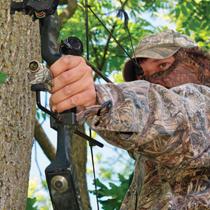 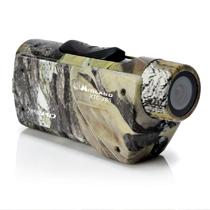 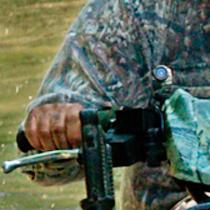 Put Yourself in the Action

Whether you are on a fishing trip or hunting your favorite game, the Midland XTC285VP is a great way to capture all of the action in stunning HD.The Camouflage XTC285VP in the Mossy Oak Breakout pattern is a wearable video camera offering full 1080p HD for a crisp, clear picture. The lens focuses from 5 inches to infinity to make sure you never miss a shot. The camera features one button recording for effortless operation and image stabilization for a steady picture. The XTC285VP captures the sounds of your outing through the built in microphone. You can stay completely silent with all alert tones removed if necessary. The XTC285VP records in the MPEG-4 format with a choice of two recording resolutions, 1920 x 1080p at 30fps, 1280 x 720p at 60fps. The Micro SD card slot will accommodate up to a 64 GB card (not included) with approximate record time of 11 minutes per GB in 1080p HD or 13 minutes per GB in 720p HD. Weighing only 3.28 ounces, the XTC285VP comes with a universal mount and a standard tripod mount built into the camera. Also included is a submersible case for using the camera in depths up to 200 feet. Easily share your adventures by attaching the camera to a computer with the included mini USB cable, and the download will begin – no additional software needed. Compatible with Win XP SP2+, Vista, 7, 8, MAC OS X 10.4+. Put Yourself in the Action with Midland’s XTC285VP Wearable Action Camera.

What’s In the Box

Battery Backup – Works when the power is out.

Turn any laptop into a portable console for rack servers, PCs, ATMs, kiosks and more,…